As editors, feedback is part and parcel of daily life. We get a manuscript from an author and we’re paid to give feedback on it. We know, through a combination of training, experience and common sense, that as well as giving constructive criticism, it helps to make positive comments and be encouraging at times as well. Being specific with our comments and making suggestions for improvements or alternatives is also good practice. And of course the author is perfectly within their rights (yes, really) to give us feedback on our feedback so it works both ways.
It’s not just the editor/author pairing that does the giving and taking of feedback – there’s also the editor/project manager combo, the editor/designer, the editor/media researcher, not to mention various additional combinations involving an audio producer, video producer, software developers, actors, etc etc. (‘That was great but it doesn’t sound quite Polish enough, could you do it again please?’ and ‘I love the accent but would you mind doing it one more time with more emphasis on the rising intonation at the end of the sentence?’ are a couple of examples of feedback I’ve given in the studio recently.) Any number of these members of the project team can be in house or freelance.
There’s one combination I haven’t mentioned. In my recent (and not so recent) experience, there is a lack of feedback give and take between the freelance editor and the in-house person commissioning them. But then I saw this Facebook update from Jemma at Elite Text just as I was thinking about writing this post and I wondered if I’d got it wrong …

The first time I really noticed missing feedback was several years ago when I completed a project management job which had involved three levels of a multi-component series, including the content edit of two of the student’s books. When I handed the final batch of work over and submitted my final invoice I expected to get an email in return saying something along the lines of ‘thanks very much, everything has been received’. A sign-off like ‘thanks for all your work over the last couple of years – it’s been great working with you’ would have been welcome, but not essential. But nothing came in. To this day I have no idea whether the publisher was pleased with my work or not, or even whether the final handover was received at all – although evidence on the shelves would suggest it was. Neither have I ever been asked to do any other work for this publisher since. I’ve never had such an extreme experience as this again, but there have been several other times when a reassuring acknowledgement email would have been appreciated, or some thanks at the end of a long project. Fortunately, I know from other freelancers that actually it isn’t just me. Which is a relief because otherwise I might take it personally. But it’s still far from ideal.
Of course there are the jobs that finish neatly with a handover, an email from the in-house contact to confirm receipt, and sometimes a short note about how much the work has been appreciated, and even occasionally a further offer of work. Or a drink. Or even a LinkedIn recommendation. And I know one editor who received chocolates once.
All well and good. But what about points for improvement? Or the opportunity for the freelancer to give the publisher feedback? These are areas where I think we could all do better. I know from experience that there are times when an email along the lines of ‘it’s not you, it’s us’ (usually worded something like ‘Due to budget restrictions we’re bringing the remaining stages of this project in-house.’) actually means ‘We’re a bit surprised you hadn’t noticed that there are no reading texts in this student’s book and are giving it to someone who will do a proper job.’ Also in my experience that happens extremely rarely, but if there are areas in which a publisher would like to see things done differently, let’s hear about it.
And let’s give AND take. I frequently get messages through my White Ink Facebook page from other freelancers asking me how I’d deal with situations where an in-house team member has undone the freelancer’s work for no apparent reason so it has to be redone at the next stage, etc. If the work has been done in a way that doesn’t meet the client’s need, or the brief has changed, let’s hear about it. Or give us an opportunity to give some feedback along the lines of it being good to be kept informed of changes that are made when the project is not on our desk. This is just one example, but there are many others that come up.
I give a training session from time to time to in-house teams on the best ways of working with freelancers. When I’ve been preparing the session I’ve asked in-house team members whether they give their freelancers feedback. Answers are invariably along the lines of …
No.
No, I’m too busy getting on with the next job on my desk.
No, I don’t feel comfortable giving negative feedback.
When I ask freelancers if they ask for feedback on their work, the answer is …
No.
And when I ask them if they ever give the client feedback on how the project has gone from their point of view, I hear …
No, I might not get any more work from the client if I make any criticism, however constructively I word it.
I worked in-house at Macmillan before becoming a freelancer in 2008. For a couple of years before I left we had access to a Freelance Feedback form, but I don’t think it was used very much, for the reasons given above, or because people didn’t know about it. It was a two-page document – one page gave the in-house team member an opportunity to comment on the freelancer’s work, and the other page was for the freelancer to fill in. Straightforward questions such as ‘Was communication with the in-house editor satisfactory?’ and ‘Was the work completed according to the brief?’ allow for straightforward answers and further comment as and when necessary. Simple, particularly if it’s used as a matter of course.
So, in conclusion, I’d like to suggest the following ground rules for feedback between in-house and freelance project team members. Some already do this well, but others, if I may be so bold as to offer some feedback, could do better.

What else would you add?

I’d love to hear your experience of the give and take of feedback, whether you’re in house or freelance, or an editor, designer, media researcher, etc. Please comment.

30 thoughts on “Feedback – the give and take” 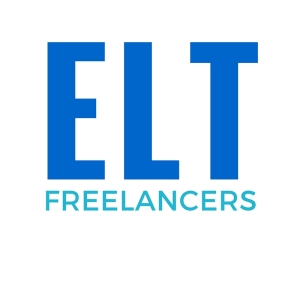